Why I don't Like This New Cisco Certification Suite 2020?

Cisco has just announced on 10-June-2019, some major changes to its certification programs. Most of you may still not be aware of….

Before I explain about these changes, I wish to assure you that you can still have a go at current CCNA(s), CCNP(s) and CCIE(s) and respective exams before 24-Feb-2020.  No need to worry!

Cisco introduces a new certification path called “Cisco Certified DevNet” programs, which will follow same structure of Associate, Professional & Expert hierarchy.  As Chuck Robbins, the Chairman of Cisco, clearly elaborated that the Future of IT teams is basically having two components:

Learn How to Setup GNS3 Server With The Help of Demonstration 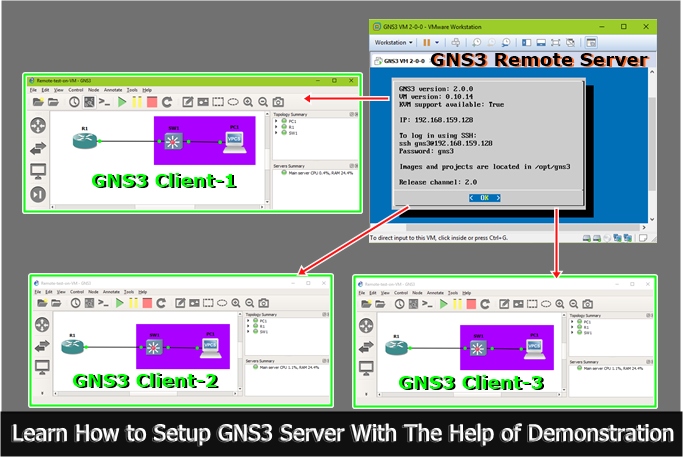 In the previous versions of GNS3, it was working as a client application. But, in the major released GNS3 version 2.x, we can run it as server and the multiple clients can access the same project or different project simultaneously. This new and advanced feature provide us the flexibility of saving our projects at the central location, from where any client can access and configure them If more than one client accessing the same project, whatsoever changes will be done by any client, the other clients will also be able to see those changes.

For the demonstration of this feature, I used two VMware machines which are running in the VMware Workstation 11.1.0:
1. GNS3 VM as a Remote Server
2. Window 10 as a client.

Import GNS3 VM and power on it. Then note down the IP address, which we will use later. This GNS3 VM will work as a server, where we will save our projects at the central location, from that place GNS3 client will be able to access them.

Read more: Learn How to Setup GNS3 Server With The Help of Demonstration 1 comment

Learn How to install GNS3 VM and Link With Latest GNS3 2.x

In the new version 2.0.0 of GNS3, running the GNS3 VM is much easier as compared to the previous versions.
This article will illustrate you: how we can import our GNS3-VM in the VMware Workstation and connect that GNS3-VM to the GNS3.

For installation of the VMWare you need the VMware software, which you can download from
https://my.vmware.com/en/web/vmware/downloads , I will demonstrate you how to install the VMware Workstation version 11.1.0

Note: The graphics can be different as per the version

The developers of the GNS3 bring the major changes in architecture of new Version 2.x. Hereby, the step by step installation of the fantastic major release.

These are the requirements for the installation:

Learn How to Configure Static Route in IPv6

When the traffic traverse from one network to another, the network layer device, e.g., router needs to know about the destination network. It does not matter for the router how it gets the information about that destination, but it should be in the routing table of that router.

We can provide the information about the route to the router, either statically or dynamically. The routing process is almost similar in the IPv4 and IPv6. The routing protocols in IPv6 like RIPng (RIP New Generation), OSPFv3, EIGRP for IPv6, IS-IS for IPv6, MP-BGP4 (Multiprotocol BGP-4) have been redefined with the advance features of the IPv6.

In the small network, we can configure the routes statically on every router. But in the big network or networks, we use dynamic routing protocols which provide the information about the route to the router dynamically. You may want to know--How Does Route Selection Work in Cisco Routers?

The prime objective of the static or dynamic routing is to inform the router about the route or the network which are not connected or directly connected to that router.

Here we will discuss about static route in IPv6.

How to use WireShark in GNS3? A Step-by-step Demonstration

This guide will provide you the easy demonstration of how to use the 'WireShark' network traffic analyzer in GNS3, and after completing all the steps you will be able to use WireShark.

Install the GNS3 software, it is a free network simulation software, which you can download from this link https://www.gns3.com/software/download 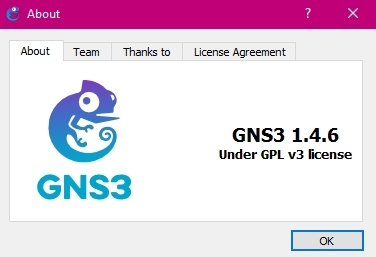 In GNS3, we need real IOS images. With the help of Preferences, we can set which device we will in our topology and we need the IOS image for those devices.

Read more: How to use WireShark in GNS3? A Step-by-step Demonstration Add new comment

How Does ICMP Work in IPv6? - A Practical Demonstration

ICMP version 6, as an integral part of IPv6, provides a single comprehensive solution for the different network functions, which are usually performed by many different protocols in IPv4 like ARP, IGMP, ICMPv4 Router Discovery, ICMPv4 Redirect, etc.

As a protocol IPv6 also makes a best effort to deliver the packet.

IPv6 is a connectionless and unreliable in its nature.

Actually it is Transmission Control Protocol (TCP), the upper transport-layer protocol which performs the function of connection-oriented & reliable data transmission between the source, and the destination.

If the packet is lost in the way, TCP attempts again to transfer the packet and TCP also acknowledges after the successfully delivery.

But how will we come to know--If there is some trouble in-between the source and the destination?

It is exactly the point where ICMPv6 comes to rescue us, because it alone can perform many functions which are usually performed by many different protocols in IPv4, e.g., ARP, IGMP, ICMPv4 Router Discovery, ICMPv4 Redirect, etc.

Read more: How Does ICMP Work in IPv6? - A Practical Demonstration 1 comment

In the early 1990s, huge number of users come across the Internet and the use of IP addresses also increased. Soon the IETF realized, the existing IPv4 addresses will not be sufficient in the upcoming time. Then the new protocol was introduced as 'IPv6'.

IPv6 has more than enough IP addresses for the growing Internet even today.

We discussed in detail about history and the need of IPv6 in our previous article "Out of IPv4 Addresses: It is time to reintroduce IPv6 now" .

Here in this article, we wish to introduce you to the various type of addresses in IPv6, as the whole addressing scheme of IPv6 is fundamentally very different from previous IPv4. Having a fair grasp over the types of addresses available in IPv6, you will find yourself in a relatively better position to understand the nuances of higher concepts pertaining to IPv6 implementation. Many of those we will share with you in our subsequent articles.

However, before I start the discussion on the different types of IPv6 addresses, I wish to bring your attention to 2-important aspects:

Out of IPv4 Addresses: It is time to reintroduce IPv6 now

When two or more devices wants to communicate with each other they need unique ID on that network. Internet Protocol (IP) addresses are the unique numbers assigned to every computer or device that is connected to the Internet. Among other important functions, they identify every device connected to the Internet, whether it is a web server, smartphone, mail server, or laptop, etc.

After years of rapid Internet expansion, the pool of available unallocated addresses for the original Internet Protocol, known as IPv4, has been fully allocated to Internet Services Providers (ISPs) and users. That’s why we need IPv6, the next generation of the Internet protocol that has a massively bigger address space than IPv4. 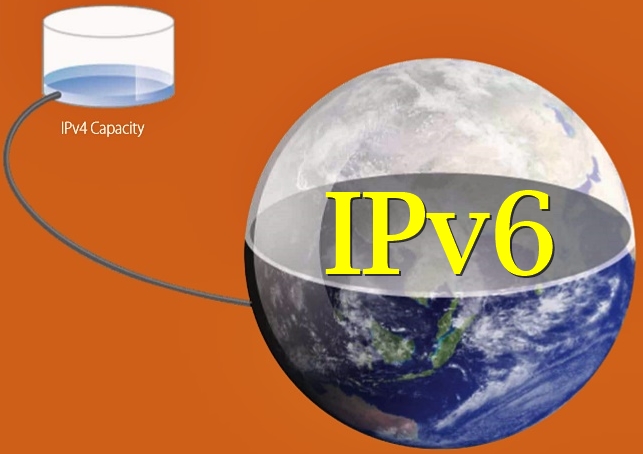 Read more: Out of IPv4 Addresses: It is time to reintroduce IPv6 now Add new comment

How to configure NAT & PAT on Cisco router?

The Internet has a very long history of utilizing mechanisms that may breathe new life into older technologies, stretching it out so that newer technologies may be delayed or obviated altogether. IPv4 addressing, and the well-known depletion associated with it, is one such area that has seen a plethora of mechanisms employed in order to give it more shelf life.

In the early 90s, the IETF gave us Classless Inter-Domain Routing (CIDR), which dramatically slowed the growth of global Internet routing tables and delayed the inevitable IPv4 address depletion. Later came DHCP, another protocol which assisted via the use of short term allocation of addresses which would be given back to the provider's pool after use. In 1996, the IETF was back at it again, creating RFC 1918 private addressing, so that networks could utilize private addresses that didn't come from the global pool. Utilizing private address space gave network operators a much larger pool to use internally than would otherwise have been available if utilizing globally assigned address space — but if they wanted to connect to the global Internet, they needed something to translate those addresses. This is what necessitated the development of Network Address Translation (NAT).